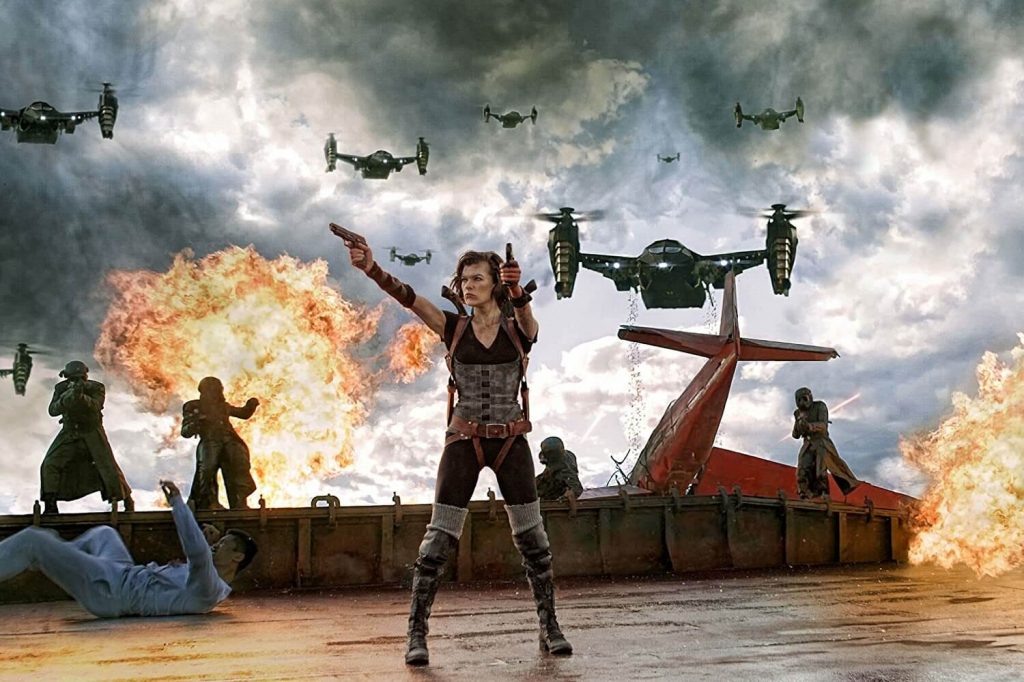 There is now a huge selection of movies that have gambling as their theme. The selection in this area of ​​movies is almost as large as the selection of casino games itself, with such a diverse range it might not be as easy to find the right movie. To make the decision a little easier, particularly popular theatrical films about gambling are presented in a bit more detail below.

On the one hand, there are the films that deal with the subject of gambling. These are games like poker or blackjack, or casino gambling in general. In another genre we find games in which the heroes are based on movie characters, or vice versa, there are movies that have a specially successful game as their content.

Why Gambling Movies Are Particularly Popular

Especially movies that focus on games exert an incredible fascination on the viewer. The glamor that emanates when movies are set in famous casinos allows the viewer to develop their own passion just by watching them. The excitement here is as great as if you were on a task. It is always about high sums of money, which guarantees a high level of adrenaline.

Especially in movies about the casino, viewers are often fascinated by the criminal energy. In reality, the bank always wins, but in movies the course is usually completely different. So the desire wells up too quickly that the casino opponent will finally have the luck that one has always wanted. Somehow, everyone dreams of finally cashing in on the grand prize. In the film, this is precisely the role played by the heroes of the cinema. Since everyone would like to be lucky, the fascination of these films is all too easy to understand.

Movies That Will Probably Never Lose Their Fascination

When it comes to movies that deal with gambling in general, there are some highlights that are really worth watching.

A movie with an all-star cast – the movie Casino

This movie is set in the 70s and 80s. And what place could be more suitable for this than the gambling bastion of Las Vegas. Robert de Niro plays Sam, who increasingly loses control of his life. A classy prostitute is his true love. Here the game, power, love and the mafia are some of the ingredients that make up an exciting gamer movie.

If you like a round of poker then Rounders is an absolute must, after all it is one of the best poker movies of all time. Matt Damon stars as Mike MCDermott in this exciting casino movie. Like many before him, he too lost all of his money. He now he promises to stop playing. It is said that his new goals in his life are his studies and his girlfriend. However, at exactly this moment, his friend is released from prison. His new goals in life suddenly vanished into thin air, because from now on he and his friend are risking their lives in illegal rounds of poker. Thanks to this movie, you get very deep knowledge about the live poker game.

The first film in a successful series – Ocean’s Eleven

Since Ocean’s Eleven was so successful, this film went into mass production, so to speak. Here, the series’ hero, Danny Ocean, is portrayed to perfection by George Clooney. After 5 years in prison, the elegant, intelligent and with a touch of evil Danny Ocean is released from prison. Barely free again, Danny Ocean plans the absolute heist along with his 11 former gangster cronies. Yes, casino robbery is the focus here, but there are actually 3 casinos that are in the plan. All three will be assaulted in just 24 hours. The owner of these casinos is the same man who put Danny behind bars.

This movie is all about cards. This movie is the ultimate must see for all those passionate about card counting and blackjack. But this film has another peculiarity, because it is based on a real event. Here, six highly talented students try to earn millions together with their teacher and his math skills.

Writer Jack Croupier is battling severe writer’s block. To distract himself, he visits a casino. Here, a professional player immediately arouses his interest. She notices his interest very quickly and seizes the moment to persuade the writer to cover up a casino robbery.

Movies that are based on games or whose heroes also became game protagonists.

Lara Croft is probably the best known character from a game who later appeared in a movie. This character was invented for a computer game in 1994. She is the main actress in the Tomb Raider series. This computer game managed to be brought to the big screen with great success, starring Angelina Jolie in two films. In a third Tomb Raider film, Alicia Vikander took on this role. Since these games have now become true classics, there are also broadcasts of the games that are watched by many viewers.

Indiana Jones was the first character from a movie that was later very successfully implemented in a game. Here, after the original feature film trilogy, there were some game titles that made the hearts of gamers happy. It started a year after the first movie. In 1982, Raiders of the Lost Ark was released as a game for the Atari 2600.

Movie heroes like Harry Potter also got second careers as game stars after their successful theatrical films. Hogwarts Legacy is eagerly awaited as the last game in this series. This action RPG has already been announced for 2021, but the release has been delayed until 2022. The big PlayStation and XBox consoles are served and there will also be a version for Microsoft Windows. There was already a lot of anticipation for this game, and as a result, it is now being eagerly awaited.

Sit and Go Poker Strategy Tips to Live By

How to Win at Online Casino Games?

How to Win at Online Slots?