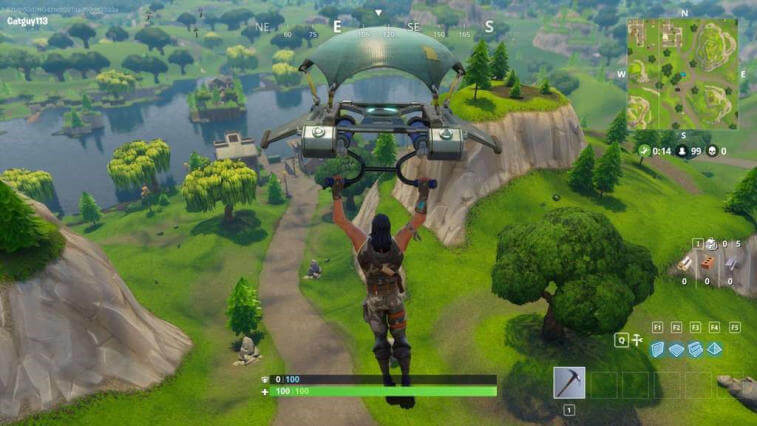 Esports has become a controversial and increasingly important topic in recent years. Esport has only been recognized as an official sport in Germany since 2011. But the history of digital sports goes back much further. Actually, Pong can be called the first competitive video game. The objective of the game is to maneuver a virtual ball on a two-dimensional field using a digital plate to pass the opponent’s plate and score a goal. Whoever has the most goals at the end of the time limit wins the game. So a real competition.

Pong came out in 1972. But it’s pretty hard to market this simple title as a sport. Even if the most important sports conditioning in Esports is completely in the foreground here. Hand-eye coordination. Still, it’s not really exciting to watch.

But in the same year the Intergalactic Space War Olympics were held at Stanford University. An organized competition in the Spacewar game. The winner of this contest received a one-year subscription to Rolling Stone magazine. This can actually be considered the first esports event. So the history of esports spans more than 45 years.

In the late 1970s, high score tables made their way into arcades. So it was possible for all the players to compete for a longer period of time. Whoever had the highest score in their home arcade was the best player. This was true, but only until the record was broken. The competitive nature of video games began to shine through and caught the attention of the public.

The popular concept was later carried over to consoles and PC as well.

The first publisher-hosted esports tournament took place in 1980. Atari had 10,000 participants play Space Invaders against each other for 3 months. Shortly after, Walter Day released the Twin Galaxies national leaderboard, a high-score list that included more than 100 arcade games.

In 1983 the first official esports team was founded. The US National Video Game Team. The non-creative name is misleading. The team is made up of the top players on the Twin Galaxies National Scoreboard. So the best registered arcade gamers all over the world. The US National Video Game Team was the first professional video game team and toured the United States in the summer of 1983. The Twin Galaxies events were partially broadcast on US television with some results making it into the Guinness Book of Records. the world records. In 1984 a world championship was also played. The American team played against teams from Italy, Japan and Great Britain, among others.

So you can see that esports culture has not only manifested itself through hype, but also through a long history in our society. But what does this new market offer us? As in any other sport, bets can be placed on the various tournaments. It is just as important to know the different participants as it is in other sports such as horse racing, boxing, etc.

Fortnite and Overwatch are the two main players in the esports scene. It is not entirely clear which of them will take first place. Although Fortnite is much more popular right now, Overwatch has a more balanced competitive nature. This means that Overwatch relies less on luck and random events. That is why you can bet better in this game. Fortnite offers higher earnings. Like I said, this is just due to current hype. Therefore, you should read up on the subject beforehand. There are a variety of sites for that. They all offer basic knowledge on the subject and clear comparisons, for example at the Wunderino online casino. Therefore, even beginners have an easy start. Because it’s easy to lose track of the many offers.

Many old games like Counter Strike Global Offensive or League of Legends toothey have a huge esports community. But if you get used to the new titles early on, you won’t be left behind later. That is why you should always stay informed about the latest trends and fashions. Fortnite in particular has a high potential for confusion. The title is currently on everyone’s lips, even among non-gamers. Even the killer game debate has resurfaced with the success of the game. But despite the boring concept of the game, the game was dismissed as harmless due to its comedic aspect. So nothing stands in the way of success. Because even school-age children can launch into brutal turmoil. This greatly expands the target group.